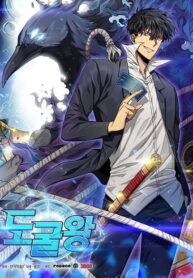 The story of See Joo-Heon, a 38-year-old man who feels he’s going to die.

The Tombs appeared all over the world in the year 2025.

These tombs caused major earthquakes as they appeared, and within these tombs were things known as ‘relics.’

Tomb Raider King. The Tombs of God have begun to appear all over the world. Due to the relics within these tombs, many have been able to use this legendary power for themselves, while others have been enslaved to these users. However, with the aim of stealing these relics, a Tomb Raider appears. “Oh, God, damn it! Did that son of a bitch already loot this place as well?! “What you own is mine. What I really own belongs to me. This is the story of a revived Tomb Raider who’s going to do whatever he can to claim all the tombs and relics for himself!

Rise of The Demon King

Infinite Level Up in Murim

The Game That I Came From