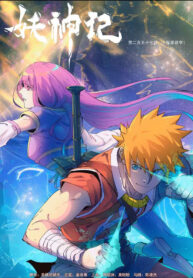 Nie Li became the strongest Demon Spiritualist and stood at the pinnacle of the martial world. However, he lost his life during the battle with the Sage-Emperor and six deity-ranked beasts.

His soul was then brought back to when he was still 13 years old. At this point in his life, Nie Li was considered to be the most pathetic of his peers. However, with the vast knowledge he accumulated from his previous life (his future), he began becoming stronger faster than anyone could expect. He also decided to help those who died nobly in his previous life become stronger as well.

Aiming to avert the future destruction of his home by demon beasts, and to avoid his previous fate of ending up destroyed, Nie Li fights to protect his lover, friends, family and fellow citizens who died in the beast assault or its aftermath. He also aims to destroy the so-called “sacred family,” who will abandon their duty and betray the city.

Player Who Can’t Level Up

Return of the Frozen Player