Return From The World Of Immortals Manhua 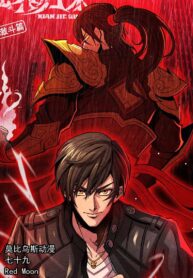 About Return From The World Of Immortals Manhua

The fairy tales of the Celestial realm float through the soul and the spirits return to the original shape of the earth.

Tang Xiu was surprised to learn that 10,000 years had passed in the celestial universe.

But it’s only been one year on earth.

Return From The World Of Immortals. The fairy tales of the heavenly world fly through the soul, and the souls return to the original body on earth. Tang Xiu was shocked to find that the heavenly world had reached 10,000 years, and only one year reached on earth.

Legend of the Northern Blade

Life of a Magic Academy Mage