Poison Dragon: The Legend of an Asura 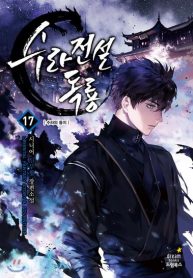 The Yakmun clan which boasted a long and ancient past was wiped out in a massacre. The corpses piled up like mountains, and the blood flood like ocean water. Amidst this hell of despair, Sura, opened his eyes. – No one shall be spared. I shall kill everyone. It doesn’t end unless I’ve killed each and every one of them. Jin Ja-Kang is the lone survivor of the Yangmun Baekhwacheol-geok clan. On a day, far in the future, the story of revenge against the Gangheo Murimsa, which shall be recorded in legends, begins! Legend of Asura – The Venom Dragon

Hero? I Quit A Long Time Ago.

I Am an Invincible Genius