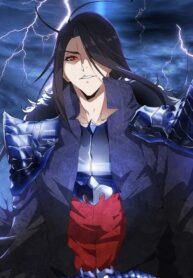 Because he had the heritage of the ancient Magic Emperor, Magic Emperor Zhuo Yifan met the misfortune of being betrayed and killed by his trusted disciple. After being reborn, his cultivation went back to zero and he was trapped by a heart demon, given no choice but to become the housekeeper of the Luo Family’s lone eldest miss. From being a Magic Emperor to being an insignificant housekeeper, how would he get along with his “heart demon eldest miss” and what power would he gain in order to lead himself and the declining family to rise back to the peak of the continent!

[Side note: 魔 can mean “magic” and “demon”, while 管家 can mean “butler” and “housekeeper”. I’m not sure as to why the previous translator decided to use “Magic” when it’s a cultivation world, but I’ll just follow. (And Zhou Fan never does the work of a housekeeper throughout the manhua.)]

Trash of the Count’s Family

Return of the Frozen Player